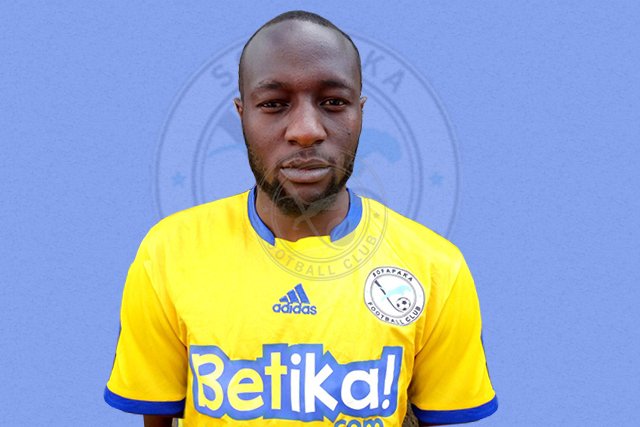 Mutamba who signed early June from Wazito FC has scored thrice for the club, twice in the league and once in the Football Kenya Federation (FKF) Shield. His total tally for the season in the league is seven.

“I am pushing to score more goals because the minimum bar I have set myself is to score at least 15 and be among the league’s top scorers at the end of the season. Also, I want to keep my place in the national team and to do that I need to keep scoring,” Mutamba who made his debut with Harambee Stars this year noted.

He has settled in quick at the club and has become a mainstay in a forward line that has Stephen Waruru and Kepha Aswani, who were among the league’s top three scorers last season.

“I have settled in fast because of the kind of welcome Sofapaka have given me. It has been very easy because of the support of the coaches and players. Now I want to repay their faith to help them clinch a trophy,” he said.

“When I came in, they told me that one of their targets is to win at least one trophy and I will do my best to help them achieve that. We have a chance in both the Shield and the League and we have to be at our best,” the lanky forward further noted.

Mutamba came up against his former employers on Saturday afternoon when Sofapaka take on Wazito at the Camp Toyoyo Ground in Nairobi’s Jericho estate and he sought to add his goal tally.

Sofapaka are looking to bridge the gap between them and leaders Gor who established a 15-point gulf with their 1-0 win over Sony Sugar on Friday evening.