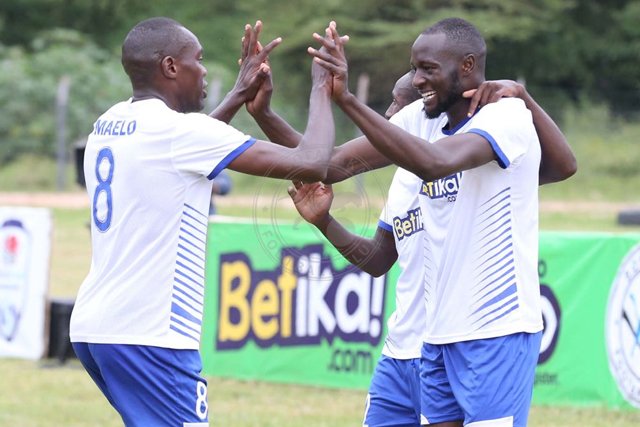 Sofapaka FC avenged their previous loss to Thika United with a 3-0win in a Kenyan Premier League match staged at Narok Stadium on Sunday 17 June.

Heading to this clash, Sofapaka FC were reeling from their 2-1 loss they suffered during their first leg match. A win would also see John Baraza charges return to winning ways after a midweek loss to AFC Leopards which ended their five match unbeaten run.

The first half ended goalless following fine saves from keeper Eluid Emase. He denied Kepha Aswani in the opening minutes of the game and went on make an impressive save in the closing minutes the opening half to stop the side from conceding a goal before halftime.

He also ensured that Stephen Waruru did not score. Thika United had several chances through Francis Muturi but he failed to get on target.

In the second half, Sofapaka FC came back with a zeal and scored three goals. The first goal came as a result of a misplaced pass by Zack Matasi and new signing Mutamba pounced on the lose ball and netted on his debut.

At the 70th minute, Kevin Kimani added the second from the spot after David Odhiambo handled the ball in the 18 yard box. Eli Asieche got the third and final goal at the 76th minute.