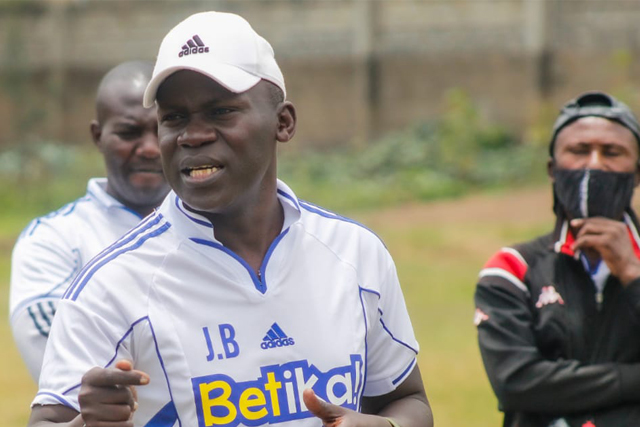 Sofapaka head coach John Baraza has been asked to step aside and his assistant Mike Mururi now takes over in an acting capacity ahead of the team’s next league fixture which will be against Kariobangi Sharks in Wundanyi.

The replacement comes after a spate of poor results by the team which lost their opening league match against Bandari, won their second match against Western Stima, before suffering a shock 3-0 loss to AFC Leopards, despite the fact that the team has always enjoyed a better head-to-head record against the former league giants.
Physical Trainer Diallo Kwasi and Assistant Coach Martin Ndagano have also been dropped from the main team to the club’s youth team.
“We have asked coach Baraza to step aside as we plan to take him for further studies either in Norway or Germany. For now Mururi is incharge of the team as we prepare for our next match against Kariobangi Sharks and we will announce the new head coach anytime from tomorrow,” said Sofapaka president Elly Kalekwa.