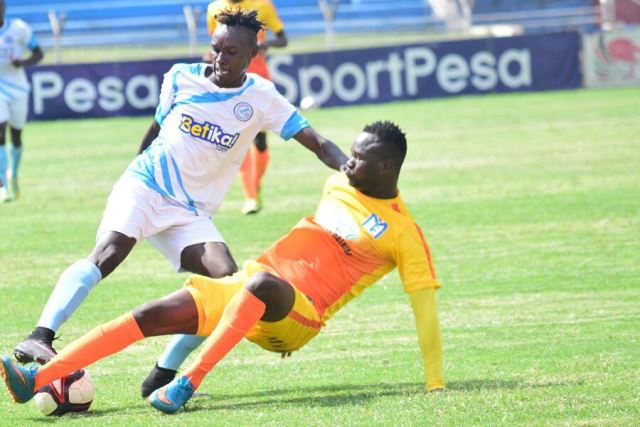 Sofapaka assistant captain, Maurice Odipo, has revealed the secret behind their 2-3 win over Muhoroni youth in Kenyan Premier League game staged at Muho complex on Wednesday.

Odipo, who was among the scorers on the day, says Sofapaka went into the match knowing Muho’s style of play having played the side three days earlier, a thing that aided Batoto Ba Mungu draw a different approach of the game.

“The win against them (Muhoroni) was a planned one. We had faced them a few days back and knew their strong points and style of play. So, together with the coaches, we went back to drawing board and laid different strategies of how to tackle them this time round. One of the strategies among others was displaying low balls right from our goalkeeper to the final third of the pack and this guided us to two goals in the first stanza,” Odipo, who wore the armband during the match, told sofapaka.co.ke

However, he understands that despite the fact that the strategies yielded fruit, the Gilbert Selebwe coached side staged a hard fight, especially in the second half. The 29 year old Odipo added, “Muhoroni were resilient mostly in second half with endless attacks but thankfully, we defended well.”????