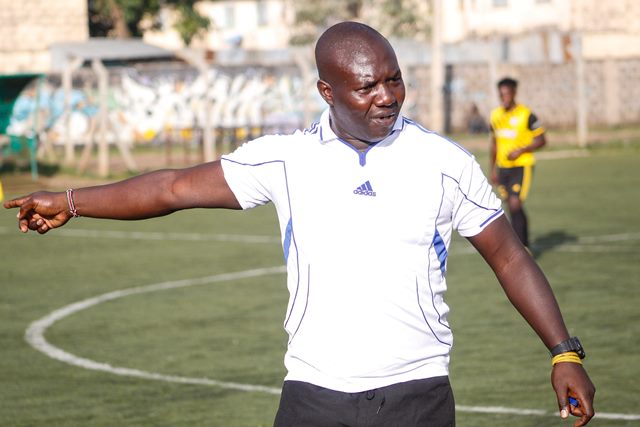 Muiruri joins us from Division one side Soy United. The tactician inked a three-year deal with the club and starts work promptly.

Speaking to club’s media, Muiruri expressed his delight on joining the team and promised to work collectively.

On his feeling joining the club,”I’m glad joining Sofapaka FC. It’s such a massive club with some good achievements and strong following.”

On how he joined Sofapaka,”well  I was heading to Kisumu All Stars but it was upon the request of  coach John Baraza who approached me and requested me to help out, I gave it a thought and upon deliberating I  decided to join the team because of the ambition and the target of the club.”

On the team,” from my first session ,there is talent and quality in the team. Just a few areas to be worked on and we shall be pretty okay. Lastly Sofapaka is a such family, they have welcomed me warmly and I feel settled ready to deliver.”

Head coach John Baraza has hailed Mururi’s addition terming it a positive addition to the team,” He Mururi is an experienced coach,he comes in with alot to offer and help improve the team. I contacted him because I felt as a team we were not doing well in some areas, especially in our defence area. So I thought of him because he’s good at that area and generally is top coach who will help me out to realise the club’s ambition.” Baraza said.