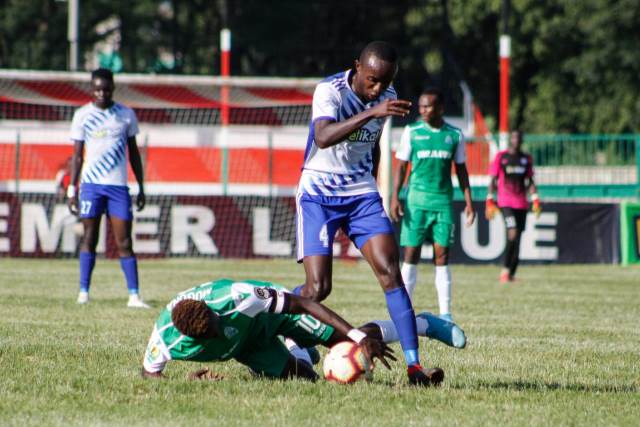 In a match staged at Narok Stadium, we took an early lead within 32seconds of the match through Promise Chinonso who headed in Elli Asieche’s delivery.

Fourteen minutes later our opponents leveled the scoreline through Samuel Onyango who headed in past keeper Aimo Richard .

With just a minute before the half time breather, we almost restored our lead but a quick reaction by Momanyi Charles denied Brian Kayanja’s goal bound effort with keeper Mapigano well beaten.

We restored our lead in the 55th minute through Nigerian Promise Chinonso who once again headed in Elli Asieche’s delivery from a resultant corner kick.

In a largely dominant half we struck the third of the match through Sebastine Sunday whose thunderbolt shot went in past David Mapigano in goal for Gor Mahia.

The wins brings to end our winless run against Gor Mahia. We move a place up in the log on eighth position.

We shall take on Balaji EPZ in FKF Betway Cup.