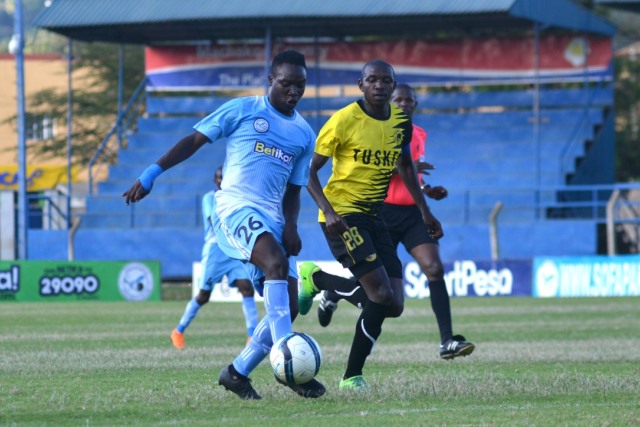 Sofapaka has been boosted with the return of midfielder Brian Magonya and top scorer Umaru Kasumba ahead of Saturday’s tie away to Nzoia Sugar in Bungoma. Kasumba who has scored 16 goals this season has missed the last two matches due to a foot injury while Magonya missed the last game against Gor Mahia with a knock.

But, the two have trained well over the past week and have been passed fit for the trip to Bungoma.

“It is a huge plus for the team to have the two back because they have been quite an integral part of the team. They have showed very good fitness levels and their return will give us an edge when we play against Nzoia,” Coach John Baraza said.

Baraza hopes his side can quickly bounce back after last weekend’s disappointment against Gor and has tipped his side to carry the day against a tough Nzoia side.

“Nzoia is not an easy side as you saw on Wednesday they beat the champions Gor. They are a team which plays on the fast break and their wingers are so sharp. This will be a tough assignment for us especially now that we are playing away from home. But we have prepared well and we know we have what it takes to win,” stated Baraza.

On the expectations for the team over the next four games;

“Our ambition now is to fight for that second spot. We started the season badly and I think that is what has cost us because we were always playing catch up. We have worked so hard to be where we are now and I think I am proud of the boys. Now we just need to focus on finishing strong,” Baraza stated.