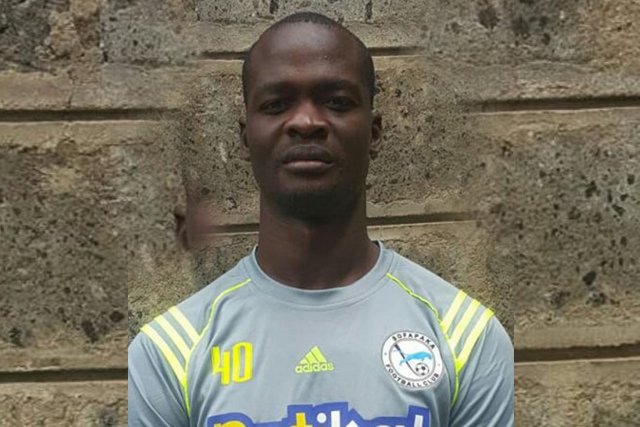 Less than a month after completing the move from Mathare United to the 2009 Kenyan Premier League champions Wycliffe Kasaya has seamlessly settled at Sofapaka and has already featured in more matches for his new team than he did in the last six months at Mathare United, keeping three clean sheets in his first three games at the club.

Kayasa joined the Slum Boys in 2016 from the then National Super League side Nakumatt, and Sofapaka quickly moved for him when he became available on a free transfer after seeing off his two year contract with the 2008 Kenyan Premier League champions.

Kasaya packs a lot of experience having turned out for the most decorated clubs in the country – Gor Mahia and AFC Leopards and it is no surprise that he has quickly adapted to life at Sofapaka, where he says he is braced for the new challenge.

“So far I feel accepted and I’m impressed with the teamwork at the club,” he told Sofapaka portal

“I needed a new challenge and after having talks with Sofapaka, I realized that our visions are in line and the coach also has a lot of faith in me and spoke to me about needing an experienced player in the team.”

Since jumping ship, Kasaya has started two league games and a Shield game against Reunion FC, and is yet to concede but faces tough competition for the number one slot from captain Mathias Kigonya who also happens to be the club’s second top goal scorer this season.

“One thing I believe is that if there is great competition the team will post great results. Kigonya is a top goalkeeper and we also have (Reuben) Juma who is also outstanding too, so when either is handed an opportunity we support each other and give our all,” he added.

At Gor Mahia, Leopards, Bandari and Sony Sugar, Kasaya played against his new coach at the team, John Baraza. He is now settling well in his role under the former Kenyan international’s tutelage.

“I’ve seen him play and he managed to score a couple of goals against me and I respect him so much. He has a lot of potential and I see him making a great coach in future, he is also like a father figure in the team not only me,” Kasaya observed.

Kasaya played just one game this season at Mathare – against Sony Sugar – and he is hoping to make up for the time he spent out with injury.

“My target is that I should keep a clean sheet in every game I play because in football when you don’t concede you don’t lose and that will help the team.”

Kasaya will be hoping to extend his perfect run at Sofapaka in their next game against Baba Dogo United in the Sportpesa Shield.