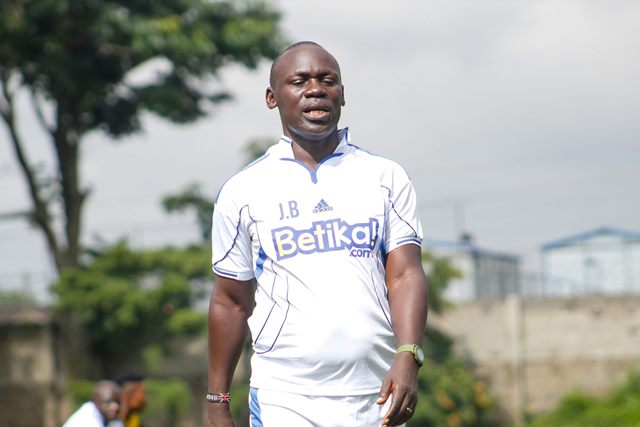 Our full attention shifts to Shield Cup game, the FKF Betway Cup this weekend with a Confederation of African Football (CAF) Continental football at stake.

In a round of 16 knockout draw done a fortnight ago, we shall take on Bandari FC on Saturday 14th March at Mbaraki Stadium.

Speaking to the club’s media, head coach John Baraza has termed the clash a final and a must win match for the club.

It’s going to be a massive game for both sides but so important for us as a team. They are a good side especially at home and that will make it even harder but we are ready to face them. We haven’t had a good season and this an opportunity to revive ourselves and thus we are going to give our all in the match.

On the importance of the match;

The match is so important to us because it presents a realistic opportunity to win a trophy this season and subsequently grace Continental football. The club values the tournament because of the glory and pride that comes along with it.

On the teams preparation;

We have had good preparations so far, the players have been positive despite the setbacks we’ve had in our most recent matches. We have been working on our finishing and as well on our defending because we feel the two areas have been of concern.

On whether the match is s must win;

Definitely yes, it’s a tie that we as a club have to win to increase on our chances to being crowned champions of the tournament. Despite being a tough encounter, we have no other option but to win so as to advance to the quarter finals and subsequently all the way to the finals of the FKF cup games.

On injury concerns for team ahead of the clash;

From our medical department, we are doing pretty well as per today Wednesday 11th February. We are at 90 % of  recovery ,we missed a couple of first team players but since the beginning of the week a number resumed training which is a plus for us. We just have a few knocks but we are hopeful they will be okay before the tie on Sartuday. ” Concluded  Baraza.

The match will be a knockout affair in which the winner will qualify for the quarter finals stage of the tournament.