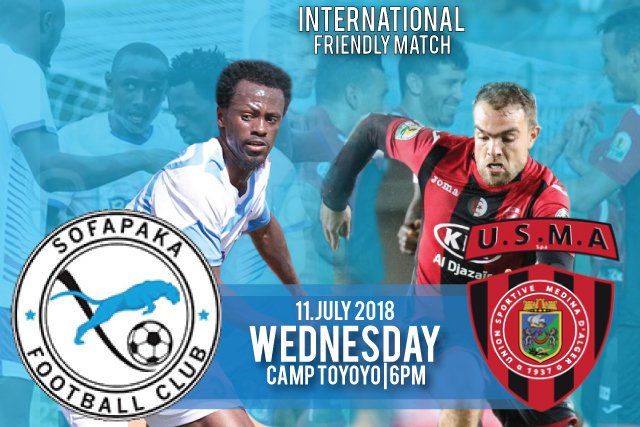 Sofapaka coach John Baraza is set to unleash new signing Mico Justin against Algerian giants USM Algiers in an international friendly at Camp Toyoyo on Wednesday from 6pm.
Justin who arrived at Sofapaka on Thursday last week after completing a move from Rwanda champions Police FC, plays as an offensive midfielder and can sometimes be used as a makeup striker, the role he plays for Rwanda national team Amavubi.
He missed Sunday’s league match against Mathare United as he had only trained once with the side, but coach Baraza would use the friendly to try different formations and see which position is best for the new player.
USM Algiers are in the country on transit to Kigali, Rwanda to play Rwanda’s league side Rayon Sport in a CAF Confederation Cup match.
Other teams in the Confed Cup group are Kenya champions Gor Mahia and Tanzania giants Yanga.