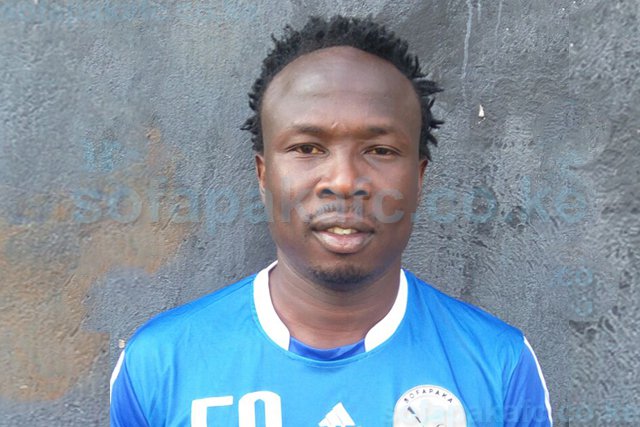 Sofapaka technical bench has allayed fears of the team’s international striker Kepha Aswani having a prolonged stay out of action due to a knee injury.

The teams; Technical Director Martin Ndagano said the injury was not serious and expressed optimism that Aswani will be up and about before the Kenyan Premier League (KPL) kicks off this weekend.

“Aswani is going through professional therapy and hopefully, he should be fully fit before our opening 2018 KPL match against Bandari. Injuries are normal during training and Aswani will be 100 percent fit before we meet the dockers,” said Ndagano.

Aswani, one of Sofapaka’s high quality January signings, did not train with the team yesterday, January 29, 2018, as he is still going through therapy.

Due the injury, Aswani did not play a part in Sofapaka’s international friendly against Kampala City Council Authority (KCCA) of Uganda in Narok last week and which ended in a barren draw.

The former, Thika United, AFC Leopards and Nakumatt will also be missing in action when Sofapaka takes on National Super League (NSL) side Kenya Police in their third pre-season friendly match at Eastleigh High School ground on Wednesday.

The friendly match against Sofapaka as well as the previous ones against Gor Mahia, AFC Leopards and Tusker also proved vital for KCCA who used them as build up before meeting Madagascar club CNAPs in the preliminary round first leg of the Africa Champions League in Malagasy capital Antananarivo next week.