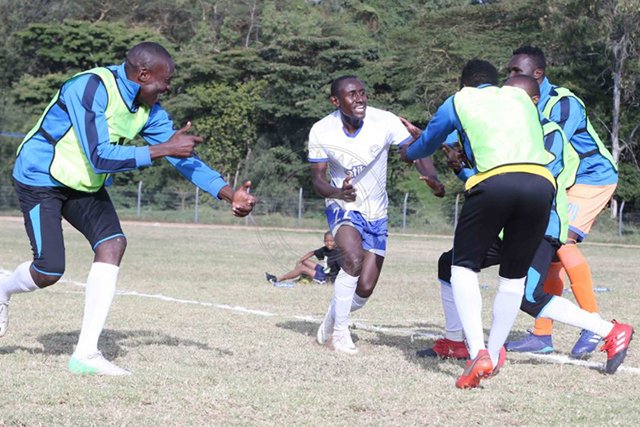 When Sofapaka played Ulinzi Stars at Narok sub county stadium last Sunday, emotion was palpable on dazzling striker Stephen Waruru who ditched the army side to join Batoto Ba Mungu’s ranks.
While at Ulinzi, Waruru, who had initially attracted interest from Tusker, said he had bonded well with the players and concedes that they were like a family.
“Obviously, facing my former teammates brought sentiments but in as much as I respect Ulinzi for helping me to navigate through the cut-throat battle of big-time football, I had to get the job done for
Sofapaka where I’m currently attached,” offered Waruru.
Despite what he felt like facing his blood brother in a battle zone, Waruru had the audacity to make an assist as Sofapaka chalked a 1-0 win over Ulinzi to jump to the second position of the league chart behind Gor Mahia.
Waruru teed up Umaru Kasumba with a few seconds onto stoppage time, to end his goal drought, as Sofapaka laid bare their intentions of reclaiming the title they last laid their hands on in
2009.
“Scoring chances in the match were few and far between but I’m glad that we created one which made all the difference. I also think Ulinzi played well only that luck was not on their side. That’s football and
a soldier lives to fight another day,” said Waruru.