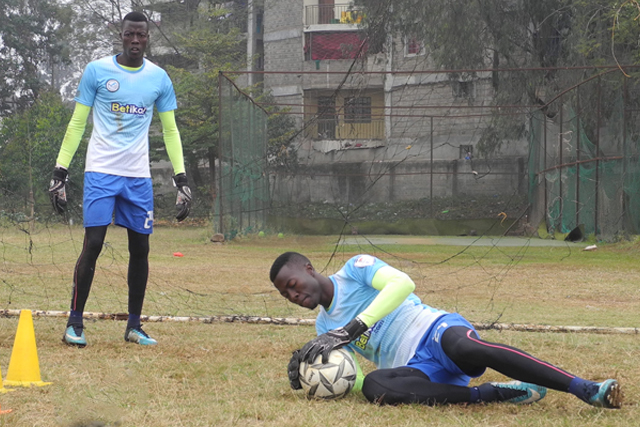 New Sofapaka signing Ismael Kiyonga says he is not assured of a starting role in the team, acknowledging some tough competition in the goalkeeping department. The Ugandan keeper was signed on deadline day from Ethiopian side Coffee.

“I did not come here as the number one. I came here to compete for the starting role. I have enjoyed my first week because the players are so welcoming and friendly. The two goalkeepers Ihave found here are very good and it will be tough to get a starting role,” he notes.

The keeper further states his targets include winning trophies with Sofapaka.

“I am a winner with a good mentality and I want to lift trophies with Sofapaka. I know that it has been long since the team lifted a trophy and I want to play a role to see that thirst quenched. The Kenyan league is very tough but hopefully we will make it,” he said.