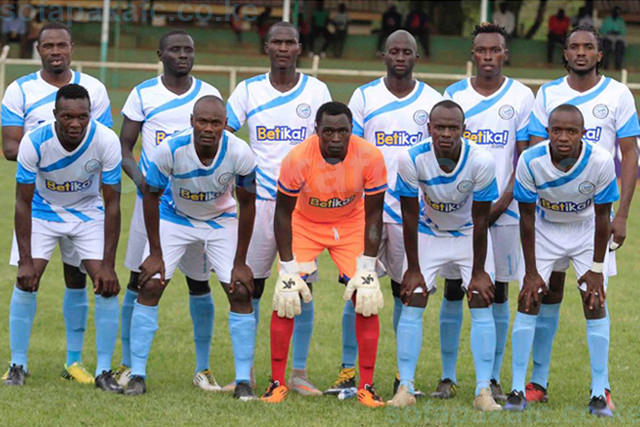 Sofapaka who wound up in the second position in the 2017 Kenyan Premier League (KPL) can be compared to the proverbial phoenix which rose from the ashes of incarceration.

Batoto Ba Mungu grappled with several challenges which include starting the season from scratch after overhauling their entire squad and the unprecedented threat of being demoted to the second tier league over the contentious CAF Club Licensing rules.

Granted, it was the CAF Licensing rules that offered the biggest ever challenge to Sofapaka as Football Kenya Federation (FKF) has declared without batting an eyelid that all KPL clubs which were non compliant would be demoted to the National Super League.

The decision to wield the axe on the KPL sides by the federation was the latest intriguing development in the composition of the 2017 top flight and which sent tongues wagging.

Luckily, Sofapaka and the rest of the teams filed a case and were readmitted to KPL by the High Court, but not before Batoto Ba Mungu handlers said that they had read mischief in the earlier decision by FKF to clamp down on defaulters of the rules.

Earlier Sofapaka President Elly Kalekwa had declared that the team, which he has bankrolled single handedly since its formation in 2008, would not go down without a fight over the rules and especially after they met some of the conditions set by FKF.

Some of the conditions Sofapaka met include showing evidence that they can run the team the whole season in the season, depositing Sh 5 million with the federation and paying their players, outstanding dues for two months.

As all this transpired, Sofapaka were on a rebuilding process as the team under Sam Ssimbwa  shipped in 13 new players during the June KPL transfer window including three Ugandans; Umar Kasumba, Feni Ali and Rogers Aloro from SC Villa, URA and The Saints respectively.

The Ugandan tactician also called up eight other young players from lower division sides, including Palos striker Morvine Otiya and Hazel Ochieng from Jericho All Stars.

Among the players who were dropped were Jaffar Gichuki, Moses “Dube” Odhiambo, Wanok Pate, James Kasibante and Paul Odhiambo.

The changes made an impact in that Sofapaka who were once placed in mid-table at the 2017 KPL gradually scaled the ladder and eventually finished second behind Gor Mahia, besides producing one of the top scorers in Ugandan Umaru Kasumba.