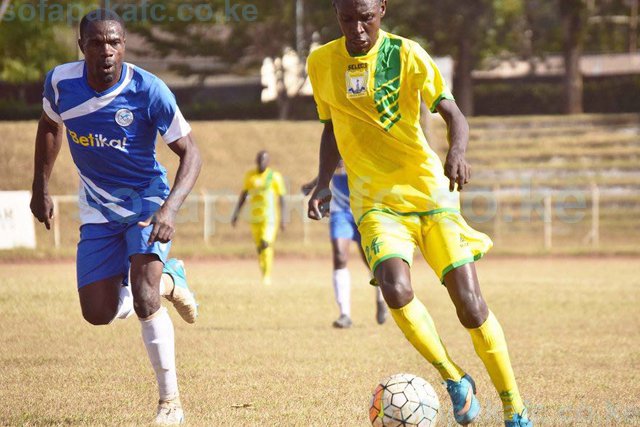 Hard work and diligence were the contributory factors to Sofapaka’s 1-0 victory over Kakamega Homeboyz in a Kenyan Premier League (KPL) away match at the weekend.
Maurice Odipo, one of Batoto Ba Mungu’s senior players, said they had resolved to treat the match like a final and thanked Gor that they managed to prevail against a very strong opponent.
“Obviously, we did not expect to have a smooth ride since away matches are not child’s play. Losing to Bandari in our first match was really a sad epitaph to us and we had declared that there is no room for another error. I must congratulate my teammates for giving a hard fight which resulted into the win,” said Odipo.
The disciplined defensive midfielder particularly heaped praise on goal scorer Elly Asieche who was signed from Kariobangi Sharks for giving his all in the match.
“Scoring on his debut for Sofapaka will inspire Asieche going forward and I urge him to continue working hard for our beloved club. I believe other new players would also wish to have their names inscribed in the score sheet,” observed Odipo.
During the match against Homeboyz, the vengeful Sofapaka exhibited an almost flawless game and would have won with a wider margin were it not for missed chances.
In the meantime, the team’s coach Sam Ssimbwa is is currently in his native Uganda and is expected to rejoin the team later this week.