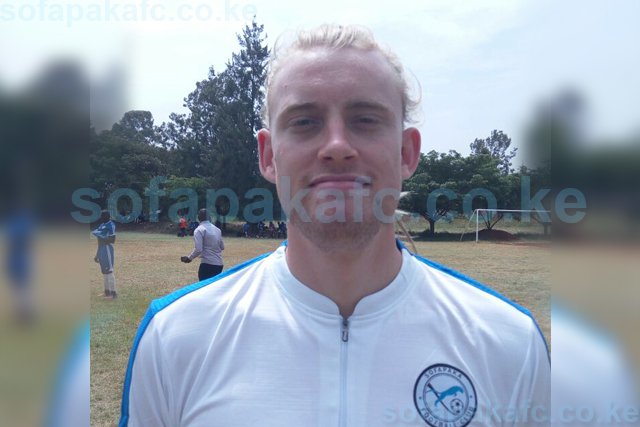 For Sofapaka, the team seems overly determined to be a cut above the rest in the 2018 Kenyan Premier League (KPL) in matters fitness.

Ever since Canadian Alistair Inglis was contracted as Batoto Ba Mungu’s strength and conditioning coach, fitness levels amongst the players have drastically improved and this could be the secret weapon of the team in their quest to win the league title.

Inglis is a Masters graduate of Sports Science at University of Jyvaskyla in Finland and his exceptional skills in conducting fitness levels at Sofapaka are thus least surprising.

For the past few weeks, Inglis has been inculcating training philosophy in close association with physical trainer Lionel Kwasi Diallo, Head Coach Sam Ssimbwa and his deputy John Baraza, which has left players yearning for more.

“I have developed systematic training programmes and exercise prescription to improve the performance of players. I determine the type, duration and frequency of the work-outs given that football involves heavy physical contact which puts players at risk of short and long term injuries.

An expert in fitness, Inglis has been working on cardiovascular endurance, flexibility, power and agility and reckons that he is happy to work with players who are willing to learn.

Said Inglis: “The response is amazing and if the dedication by players is anything to go by, Sofapaka players will be the fittest in the 2018 KPL,”

“I worked with Osok at KCB and he is one of the fittest at the current Sofapaka squad. Others are quickly following in his footsteps and with time, they wil hit the purple patch as well,” explained Inglis.

He said he is glad to tutor robust players, the likes of Kepha Aswani, Stephen Waruru and Ibrahim Kitawi, adding that the advantage is that very little time is required to push the players fitness level to the required standards.

For now, Inglis is enjoying his time in Kenya and will soon be joined by his fiancée Sarah Perrine, a biologist who is based in USA.

“(Perrine) will be in Kenya in a month’s time and I want her to sample the good things in Kenya including watching one of the country’s top clubs Sofapaka in action,” said Inglis.