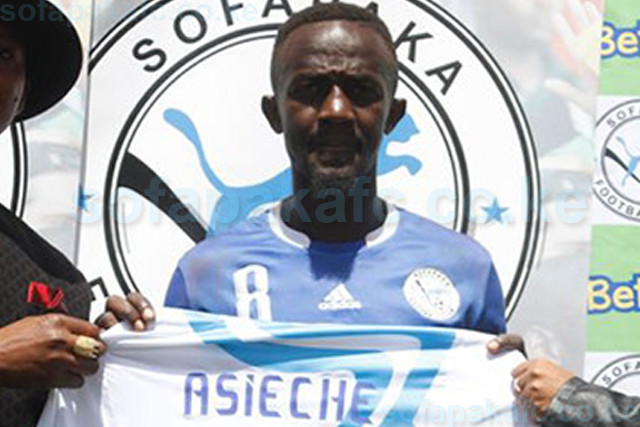 The game started fairly, with both sides  rolling the ball confidently and avoiding to hurt one another in open early exchanges. Ssimbwa’s men gained momentum pinning Kakamega Homeboyz into their own half and managed to get the first corner in the 5th minute. Kimani stepped in whopping the corner inside the penalty area but James Situma cleared the danger.

Baba ba Mungu continued to settle well in the game and their composure almost paid off. Kimani got passed defenders, taking a shot inside 18 but Kisuya stood firm blocking his effort.

Aswani received his first booking of the season for hard tackling on Ouka in the 27th minute.

In the 28th minute Kakamega Homeboyz could have taken the lead but Kigonya punched out Opondo’s shot resulting to a corner. Homeboyz continued with dominance creating threats to Sofapaka’s defence. Five minutes later, Allan Wanga tested Kigonya from long range but the shot stopper collected the ball easily. With 6 minutes remaining to half time, Omukoto was brought down by Omar at the edge of the box. Anekeya delivered a dangerous cross but his attempt was cleared by Aloro.

In the second half both sides made changes in a bid to refresh their squad. Ssimbwa made a double substitute, with Mangoli and Aswani coming off. Their places were taken by Waruru and Okoti. Mururi also brought in Omukoto 2 minutes later with Wafula taking his place.

Opondo had a chance to open the scoring in the 55th minute but his header went slightly above the ball. 5 minutes later Ouma brought down Opondo at the edge of the box  but Homeboys cleared the danger from the free kick. Wanga missed a clear chance a minute later, failing to convert Opondo’s cross.

Sofapaka suffered a blow in the 63rd minute as Osok Teddy was taken off after colliding with opponents, Elly replaced him.

Homeboys’ got another chance 6 minutes later but Mudavadi blasted above the bar, with only keeper to beat. A min later Kakamega made their second substitution as Hassan came in for Ahmed. The new man was booked after a foul on Esieche.

With 5 minutes remaining to full time Kasumba’s effort was punch by Juma. Asieche scored the winner in stoppage. Echesa placed a through ball, Asieche ran beating the offside trap and slotted home.