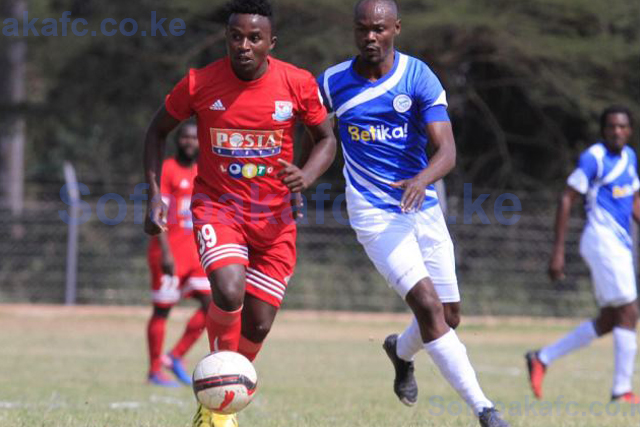 As Sofapaka readies themselves to tackle an estimated 143-kilometre journey from Nairobi to Narok for the deciding Kenyan Premier League (KPL) match against Zoo Kericho on Saturday, several of their players are oozing confidence of chalking up a win.

Hillary Echesa, the most experienced player in Batoto Ba Mungu’s ranks, won’t play because of a harm-string injury but nonetheless pointed out that a win over the Kericho side is not too much to ask.

“Going by the intensive training Sofapaka has undergone this week in Ruiru, I believe Zoo will find our team a hard preposition to deal with. Obviously, I would have loved to be part of the squad which is not possible although I believe all those who will be fielded shall help the team to deliver the desired results.

Echesa said that should Sofapaka play as they did against Tusker last week, then Zoo will definitely have their work cut out.

“Our team played well against Tusker and the win marked a turning point for us going into the conclusion of the season. I hope every player who will be fielded by Ssimbwa (Sam) will give 100 percent in terms of performance,” said Echesa.

In the meantime team captain Maurice Odipo said they can’t wait to wind up the KPL in the second position. We are all fired up although we have to respect Zoo who have already escaped the relegation shackles,” observed Odipo.

Sofapaka’s Ugandan duo of Jonathan Mugabi and Ali Feni who did not play against Tusker are likely to be incorporated in the squad to face Zoo.