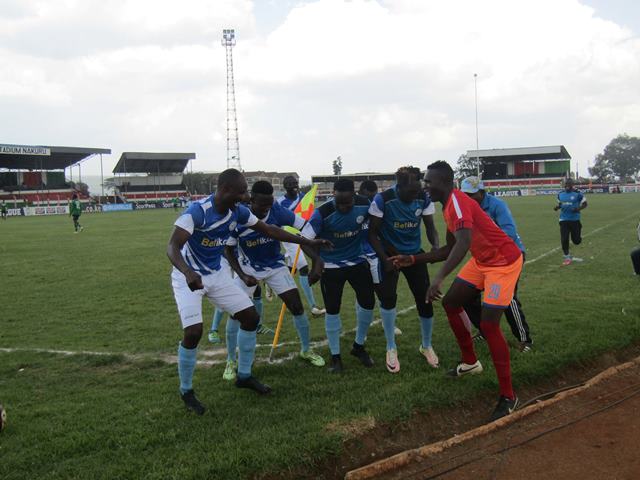 Batoto Ba Mungu, who last won the league in 2009, suffered a setback in the title race when they lost 1-2 to Ulinzi Stars on Wednesday in Kericho with record SPL winners Gor’s 3-0 win over Chemelil Sugar FC establishing daylight between them and the chasers in their bid to extend their tally to 16.

Echesa is confident that they can bring their pursuit back on track in the remaining 10 matches starting this Saturday where they come up against high flying Kariobangi Sharks FC at the Narok Stadium.

“The league is a marathon and it is still early to decide anything. We are focused on reducing the gap because this is football and anything can happen. Nine points is not a very big gap. I’m sure if they falter, we will catch up with them,” Echesa told SportPesa News.

With the first leg match having ended in a barren draw, Echesa is wary of the threat posed by William Muluya’s charges who are unbeaten in the last four without conceding a goal.

“We have had short time to prepare but the mood in camp is great. We want to get the maximum points. Sharks is in form and their confidence is also high. If we get a goal in the first 20 minutes it will be good for us. Hopefully we will emerge the winners,” he added.

A reprieve for Sofapaka is the absence of Kenyan international Masoud Juma who is suspended for this match after accumulating five yellow cards.

Sofapaka will be banking on star striker Umaru Kasumba to provide goals upfront alongside Rodgers Aloro and Michael Oduor.