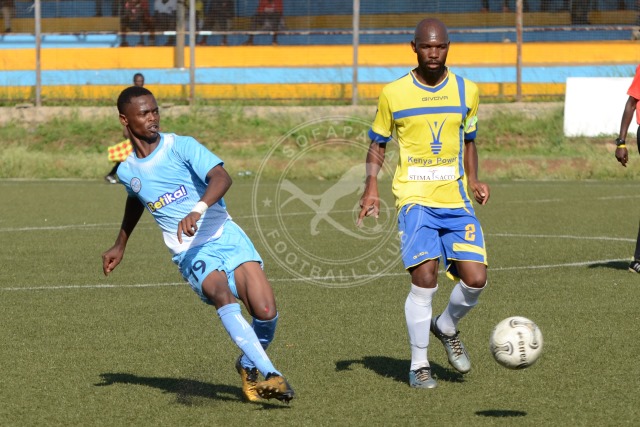 Youngster Telvin Omutere has termed it as a dream come true donning the Sofapaka jersey after being handed his starting debut last Wednesday in the 1-1 away draw against Western Stima in Kisumu. Omutere came on as a late second half substitute against Ulinzi Stars over the weekend and impressed in the few minutes he was handed.

Head coach Melis Medo then made the decision to hand the 18-year old a starting role against Western Stima and played for 65 minutes before paving way for Dennis Odhiambo.

“I was super excited when I came on against Ulinzi because this has always been my dream to play in the KPL. I was given a few minutes under my belt but I still managed to play well. When the coach told me I was to start against Stima, I was super excited and I did my best and I think I was impressed with how I played,” Omutere said.

The left footed midfielder was promoted to the seniors from the youth team at the beginning of the season and has continually impressed in training, convincing coach Medo to hand him a chance.

“He has earned it. He works hard in training and when he came on as a sub against Ulinzi, he influenced the game positively. His performance against Stima was also very impressive. He is a young lad eager to learn and very hardworking,” coach Medo said of the youngster.

Omutere now hopes he can gain more minutes this season and be among the best young players of the year with his eyes also cast on earning a place in the junior national teams.

“The coach has really had a positive influence for me because he has been teaching us how to cope under pressure, how best to dictate the tempo of the game and has also instilled a lot of confidence in me,” noted Omutere.

He added; “I am working hard to get more games. Each minute I play is a challenge to be better in the next game and I will work more. If I get a chance to play I will definitely get some call ups to the junior national teams and that’s my target for this season.”

Omutere joined Sofapaka Youth in 2016 as a 16-year old while still in school and has continually grown into the stature of an ambitious footballer and he says his next big target is one day feature in the English Premier League.