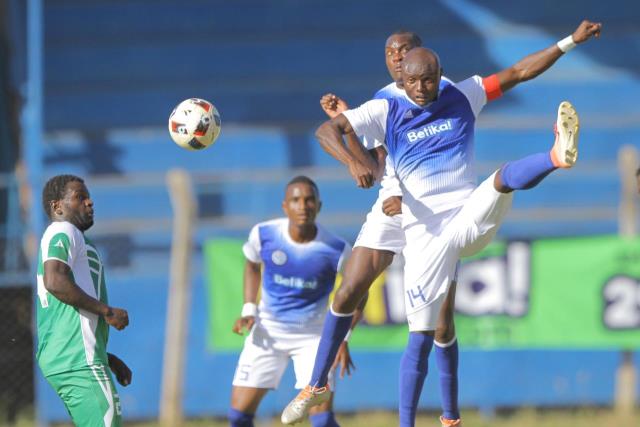 Tightening the defense has been one way of ensuring the team rises back to the top, midfielder Dennis Odhiambo has stated. The Kenyan international says sewing a leaking defense has given the team more confidence and notes this will be the plan moving forward.

“Strikers win you games but defense wins you titles. We realized that we were conceding so much and we worked hard to try and reduce that which worked over the last three games. We have only conceded twice through set pieces but improved a lot overall,” Odhiambo noted.

He adds; “Also, we have started scoring more and our strikers have picked that finishing touch which was missing and the confidence has improved. We have worked so hard and the fruits are now visible.”

Commenting on the game against Sharks on Sunday, Odhiambo has called on the team to keep working hard and is wary of a motivated side that is keen to guard its unbeaten run.

“They are a tough side having played well in Tanzania and tactically they are good as well. The are good on the ball but we have a strategy to face them and ensure we win,” the midfielder added.