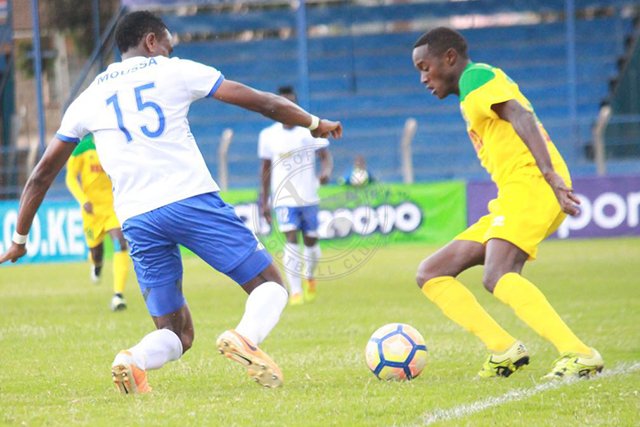 Sofapaka’s influential defender Omar Moussa has been suspended for their crucial league match against rivals Sony Sugar, slated for Awendo Green Stadium on Sunday.
The Burundi international who joined the 2009 champions at the beginning of the season has been suspended because of accumulation of five yellow card matches but will be available for selection in the
team’s next fixture which will be against Tusker FC on July 29 at the Ruaraka Grounds.
In the absence of Moussa who is normally deployed in central defense, coach John Baraza is likely to select his replacements from Rodgers Aloro, Humphrey Okoti, Willis Ouma and Dennis Odhiambo.
Sony has always been a hard nut to crack for Sofapaka, but with the current fine run ‘Batoto Ba Mungu’ has been enjoying, the sugar millers may not be able to slow their charge as they seek to catch up with leaders Gor at the top.
Second placed Sofapaka has won four matches and lost one in their last five league outings while 16th placed Sony Sugar has won two matches out of five.