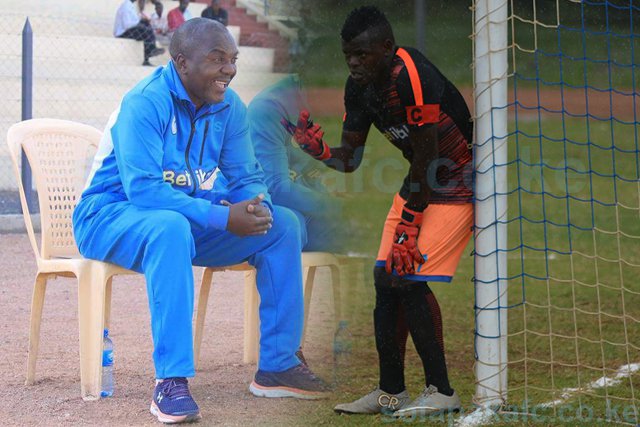 On Monday, December 18, 2018, marks the big day for Sofapaka Head Coach Sam Ssimbwa and the team’s first choice glove-man Mathias Kigonya as they line up to be honoured in the Sports Journalists of Kenya (SJAK) Awards gala at the National Museums of Kenya.

The event was originally planned for Jacaranda Hotel in Westlands before being switched to Museum.

Ssimbwa and his fellow Ugandan countryman Kigonya were nominated to vie for the best coach and goalkeeper categories respectively by SJAK due their stellar performance in the recently concluded Kenyan Premier League (KPL).

However, the two will be named as nominees in absentia during the 7.00 pm gala as they are in Kampala, Uganda, for the Christmas and New Year’s festivities.

Ssimbwa and Kigonya are expected back in Kenya in January ahead of the 2018 KPL which kicks off early February.

Speaking in Kampala, Ssimbwa said he is elated at being recognized as among the best coaches in Kenya’s top-tier league.

“I’m not surprised by the acknowledgement by SJAK as one of the most productive coaches in the KPL.  Honestly, I have been working extremely hard to make Sofapaka a force to reckon with in the KPL and if I will be selected the best tactician, it will be because of the selfless service I have offered to Sofapaka,” said Ssimbwa.

As for now, Ssimbwa has his work cut out as he will fight it out for the awards with four other KPL coaches including Bernard Mwalala (Nzoia Sugar), Sammy “Pamzo”Omollo (Posta Rangers) and Mike Mururi (Kakamega Homeboyz).

Speaking separately, Kigonya paid tribute to SJAK for the life opportunity of being declared the best shot-stopper in KPL.

“Of course, such recognition does not come on a silver platter. You must work hard for it and I believe this is what I have been doing all along at Sofapaka. If I get the award, it will be an ideal Christmas gift for me and my family, ” said Kigonya.

South Korean manufactures LG Electronics will take a central role in the awards as the title sponsors.