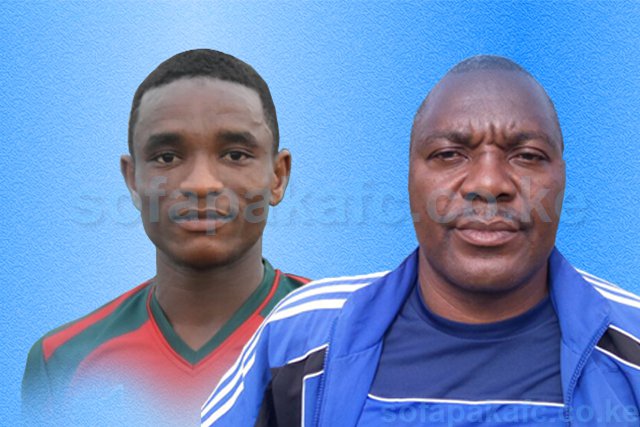 Sofapaka Head Coach Sam Ssimbwa has urged the club’s new signing from Burundi Omar Moussa to give his all during his two-year contract with Batoto Ba Mungu.
Ssimbwa reiterated the need of Omar, who has been plying his trade with Bugasera FC of Rwanda, to try to adapt to the tough Kenyan Premier League (KPL).
“Rwandese league is not as much involving as the KPL and this is why I urge the boy to work extremely hard to get used to the rigors of the latter competition,” said Ssimba.
Added Ssimbwa: ”In fact, Kenyan Premier League is one of the toughest in Africa, which requires players’ to be dedicated to achieve success. There could be instances where you can sign a foreign player and he flops and we dont want it to happen at Sofapaka,”
On the same breathe, Ssimbwa said he is glad to have some foreign players who shine with their teams and reciprocate the same in Kenya, giving an example of Sofapaka’s talismanic Ugandan striker Umaru Kasumba.
“Kasumba shone brightly in Ugandan league and he has been doing the same in Kenya. These are some of the qualities I need from all the foreign players who have been enlisted at Sofapaka,” said Ssimbwa.
On his part, Omar said he will be leaving nothing to chance in making Sofapaka proud this season.
“I know expectations are high and will play to the best of my ability and all I need is total fan support,” said Omar who was a revelation for Burundi national team during the Cecafa Senior Challenge held in Kenya last month.
Omar, a central defender is one of Sofapaka’s latest marquee signings alongside Kepha Aswani, Ibrahim Kitawi, Stephen Waruru and Ian Otieno.