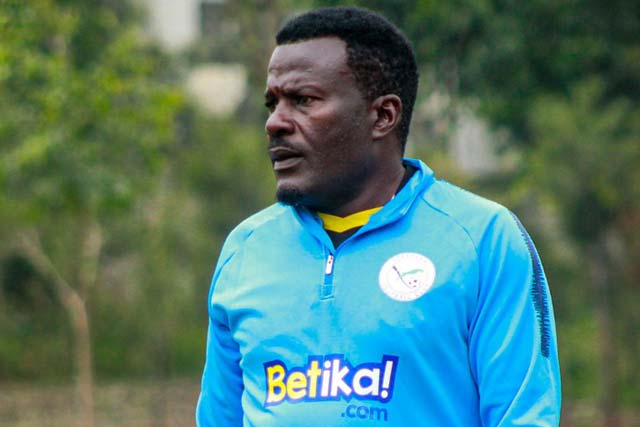 The boss faced the club’s media and this what he had to say.

On 2-0 loss against Ulinzi Stars
It was a frustrating and disappointing results for us, we went in for the maximum points but in the end we got none. We were punished by our own mistakes and that’s what makes the difference in football.

On upcoming KCB fixture.
We are facing a tough tricky side, they have been on some fine run and it’s by no chance they are up placed second on the log. In our past encounters it’s clear we have been the better side and we only want to continue dominating come Wednesday.

On consistency
It’s a challenge we haven’t been able to get back to back wins since the season started. We had hoped to make it two against Ulinzi but that wasn’t the case. Despite the past outcomes we want to end the poor run and build on some proper consistency beginning Wednesday against KCB Football Club.

On title hopes.
The season is way long to go, I strongly believe we still stand a chance to win the league. For us now every game and points count, we just need to win back to back games and we shall be up there with the rest.

On Aigba’s debut
He’s a top keeper, very intelligent and has a good reading of the game. He had a solid debut on Friday against Ulinzi Stars and of course he’s a huge asset for us as a team.

On Injuries
We have one fresh injury concern in Stephen Okola who has a back problem. We are glad to have both Michael Bodo and Mohamed Kilume who have both recovered.

Sofapaka will host KCB on Wednesday 24th at Wundanyi Stadium