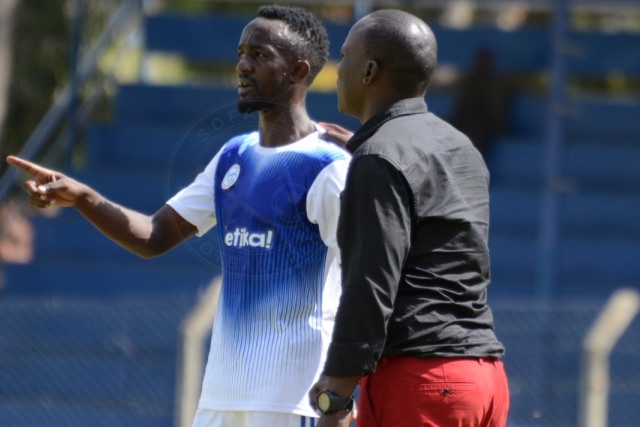 Head coach John Baraza expects the team to finish the second leg on a high but warns it will not be an easy tie away to Chemelil Sugar on Saturday. Sofapaka has beaten Chemelil eight times over 20 meetings and lost four, but Baraza says it has always been tight.

“Chemelil is not an easy team especially at their home ground. It is always tough when we face them and scores are always close. But we have prepared well and everyone is looking fit and sharp. We want to go there and fight for maximum points,” the tactician said.

On how important last week’s victory over KCB was;

“We had come off two games where we had not won and getting those three points was massive to our confidence. I think the boys are now stronger mentally and it gives us courage to face such a tough away game,”

On the team news:

“Mousa Omar is out on suspension after accumulating five yellow cards. Dennis (Odhiambo) has returned to training but we don’t want to risk him for this game especially on a tough field like Chemelil. Kilume (Mohammed) is continuing well with his recovery and we should see him back in training maybe in the next three weeks,”

“Achesa (Titus) is back after serving his one match suspension. We also have Maelo back who was out last week. I am happy that almost 90pc of the team is available,”

On the draw with Bungoma Super Stars in the FKF Shield:

“Last year we lost in the final through our own mistakes but this time we are determined to make things right. This is a chance for us to fight for a place to play continental football and everyone in the team wants to have this chance,”

“Cup tournaments are always tricky especially when you are playing against teams from the lower divisions. It might look easy on paper but football will always be football. We will tackle it with seriousness and also give the other players who haven’t played much in the league an opportunity in this Cup tournament.”