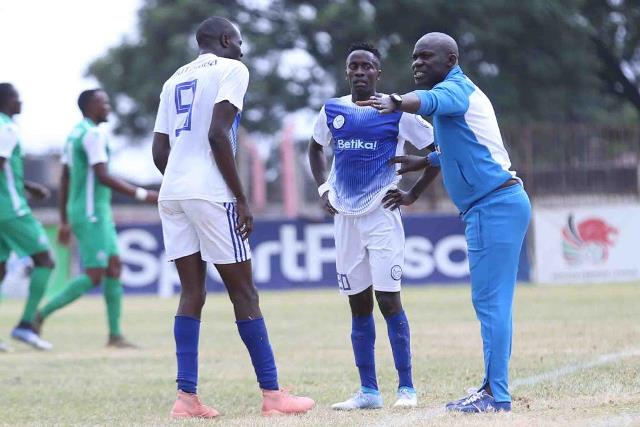 Sofapaka fc head coach John Baraza says he is pleased with the fighting spirit the boys showed despite going down by a solitary goal to reigning champions Gor Mahia in Nakuru on Sunday. Samuel Onyango’s 24th minute strike proved the difference as Sofapaka’s five match unbeaten streak was put to a halt.

“I think I am happy with the boys and a little disappointed with the result because at some point I think we deserved at least a point. We had the chances and we played really well,” the coach said.

He added; “I think I am more pleased by their fighting spirit because we never gave up fighting even when we were a goal down. We had to play the final 10 minutes with 10 men after Kilume (Mohammed) was injured and we still gave it a fight,” further stated the tactician.

The team now shifts focus to next Saturday’s assignment away to Kakamega Homeboyz and coach Baraza is confident the team will bounce back.

“We cannot put our heads down after this result. We move on with confidence and plan to do better in the next match,” stated the tactician.