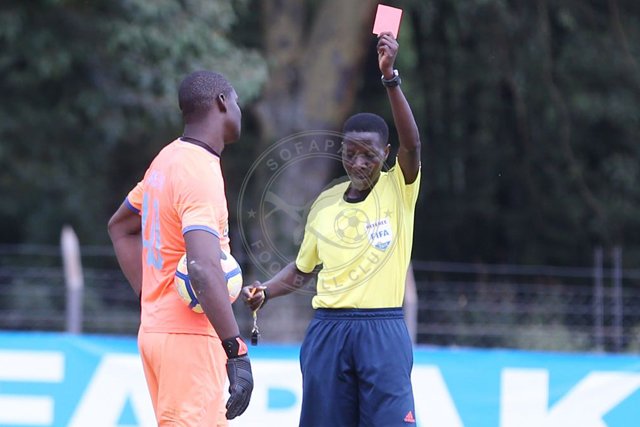 Sofapaka coach John Baraza has rued the ill temperament and lack of composure by his charges which contributed to their 3-0 defeat by GorMahia in a SportPesa Premier League (SPL) match at Narok Stadium on Wednesday evening.

“It was a moment of madness that we all would wish to forget in a hurry. The failure by Kasaya (Wycliff) to play with etiquette coupled with Aswani’s (Kepha) missed penalty early in the game came to haunt us. As a coach,I’m overly disappointed and would not want these state of affairs to recur,”said a visibly disappointed Baraza.

The tactician added:” Kasaya is an excellent and experienced goalkeeper and ought to have known better the repercussions of upending a goal-bound player inside the box. The blunder he made ultimately cost us the match we should have won,”

This was one match which may cause sleepless nights to Kasaya for the next few days to come after fouling Gor’s Lawrence Juma which earned the former a straight red card besides Sofapaka conceding a penalty which Innocent Wafula coolly slotted for Gor’s second goal.

The blunder by Kasaya was reminiscent of the one committed by AFC Leopards glove-man Gabriel Andika on April 2 against Tusker in Kericho when he opted to bring down Timothy Otieno as he was sent off before the victims lotted from the spot in a match the brewers won 4-2.

Things turned more awry for Sofapaka against Gor as they played one more man less after they exhausted their substitutions following Mohamed Kilume’s injury.

As Sofapaka received the wrath of Gor, Baraza deviated fromhis nature by criticizing the players over what he described school-boy errors that gifted Gor an easy victory that proved vital in their league
title defence.

“We were in control in the early moments and even earned five corner kicks before our players started losing their cool. We even conceded an unnecessary penalty and also wasted ours.,” said Baraza.

However, Baraza urged Sofapaka fans in and outside the country not to read too much into the result, adding that he is optimistic they will bounce back in their quest to wind up in at least second position in
the standings.

“Once we get into shape and find our range, there will be nostopping us. We have all along been playing well and all we need is to keep working hard and we’ll our objectives,” said Baraza.

The tactician hinted at making signings in the next transfer window in January after consultation with the rest of the technical bench officials.