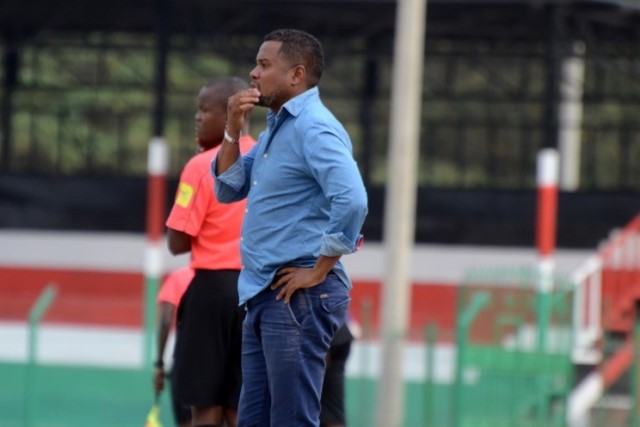 Head coach Divaldo Alves says the team expects a highly attacking Nzoia Sugar when they face the sugar millers at their Sudi home ground in Bungoma on Saturday afternoon.

Alves says having analyzed Nzoia, he knows their strengths and weaknesses and the team has prepared aptly to ensure they contain them and go for a precious away victory.

“We are well aware of how they play. They have dangerous wingers with very high creativity with the wingers and fullbacks who love to join the attack. They are very fast and we need to be prepared well to go there and lock them not to play their usual games,” Alves said.

On how the win against Bandari has motivated the team Alves said; “It was very important in terms of points because we want to ensure that we are not far away from the top. It also gave us a boost of motivation and now the players believe that we can go to the top.”

Meanwhile the coach has given an update on who is available for the game against Nzoia.

Striker Kepha Aswani will be unavailable after only returning to training on Thursday following a bout of sickness. Midfielder Brian Magonya continues his rehabilitation after injuring his ACL early in the season.