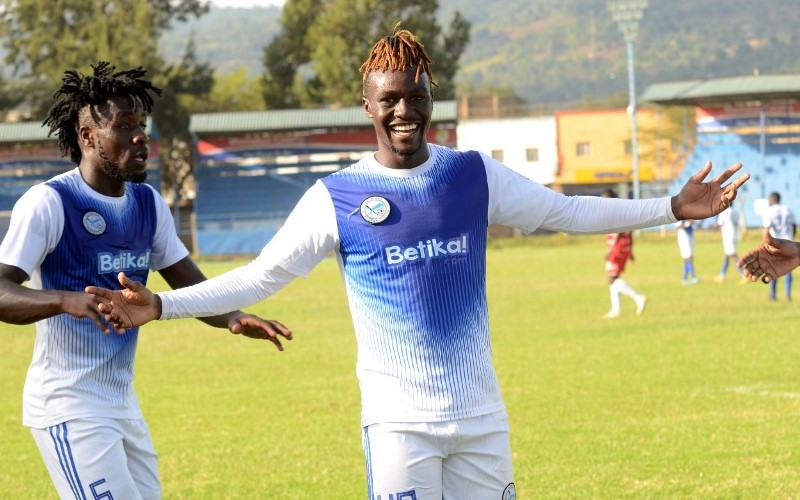 Sofapaka FC would wish to inform the public in regards to striker John Avire’s transfer saga with the striker missing from the club since July last year.

The club protested a decision made by World Football Governing body FIFA. Through a single judge seating in the Players’ Status Committee Mr. Geoffrey Thompson, the judge ruled that Avire who has been illegally training with Egyptian league side Tanta FC be given a Provisional International Transfer Certificate (ITC) to enable the player feature for the Egyptian side as the matter continues to be investigated by the World football governing body.

Though they considered the player’s welfare and not the club’s, It’s good to note that Avire is still a Sofapaka FC player and has a running contract that expires in December 2020.

“We feel cheated and robbed since the directive has gone against FIFA statutes. This therefore means the said player has two running contracts with two different clubs.

Further, we would wish to inform members of the public and football fans at large that Tanta fc has never reached out on us in a view to resolve this impulse since it happened but rather we have been approached by people who are very familiar to us purporting to be negotiating on their behalf.

We wrote to Football Kenya Federation (FKF) and FIFA protesting the decision because the player has a valid contract with us and further we question the possible outcome in the event he gets injured while playing for Tanta FC during the provisional period. They may as well chase him yet there’s no binding agreement between Sofapaka and Tanta FC.

As a club we further question why FIFA upto date haven’t acknowledged the letter sent by FKF on Avire’s saga for months now, yet they responded so fast after the Egyptian FA on behalf of Tanta FC wrote to them.

Sofapaka FC trusts the process being undertaken by FIFA,we hope for a free and fair ruling on this issue. In the meantime we are in consultations with FKF and we are contemplating to move to the Court of Arbitration in Sports (CAS) for arbitration.

We therefore thank FKF for their continuous support and cooperation and we hope this matter will be put to rest because we want football to win.”
End of Statement by the club’s president,