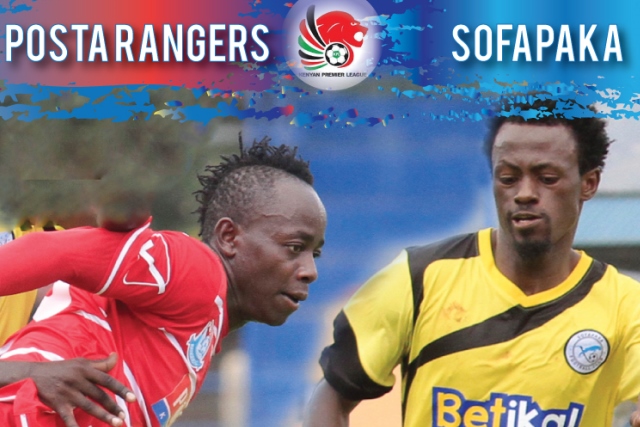 Sofapaka technical bench is on tenterhooks ahead of the team’s midweek Kenyan Premier League match against Posta Rangers at Camp Toyoyo ground in Jericho on Wednesday afternoon. Batoto Ba Mungu have gone five matches without a win and Head Coach John Baraza clearly feels the heat. Another loss against the mailmen on Wednesday may test the patience of the team fans.
During the their first of their five-match awry streak, Sofapaka, lost 1-0 to Vihiga United, drew 2-2 with Nzoia Sugar in Bungoma, crashed 0-3 to Gor Mahia before meeting their waterloo last weekend in a 1-0 defeat by Kariobangi Sharks.
Before meeting Nzoia, Baraza was categorical that the team would not have succumbed to Gor were it not for the professional foul committed by goalkeeper Wycliff Kasaya coupled with Kepha Aswani squandering a penalty early in the first half.
“As a coach you are bound to be disappointed by such state of affairs. We held sway and actually forced five corner kicks in the early exchanges and I must say we were our worst enemies following what transpired later. This is football and such occurrences ought to be avoided at all costs,” said Baraza.
Sofapaka are placed fourth in the chart behind AFC Leopards, Bandari and Gor, who have already been coronated champions and another loss will further dent their chances of winding up in the second position.