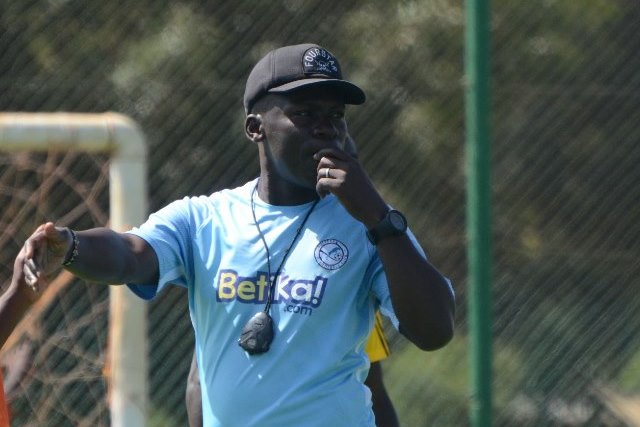 Sofapaka coach John Baraza has said he will continue with the team’s rotation in order to get desired results, when he leads his charges against Ulinzi Stars in a crucial Kenyan Premier League midweek match at the Machakos Stadium on Wednesday afternoon.
Baraza who has in recent matches made numerous changes to the team, said that he believed that by rotating the players he was getting the best from them and said he would not shy away from the practice as the league heads to the homestretch with a hot pursuit to leaders Gor Mahia.
“Rotation helps a lot. At the moment we have no injuries in the team and everyone is fit. By rotating the players we get good output from each of them because they are fresh and full of energy,” said Baraza.
In the team’s 1-1 draw against Vihiga United a week ago, Baraza preferred to use George Maelo at right full back and Titus Achesa on left full back with a midfield of Elly Asieche and Brian Magonya.
At the weekend, during the team’s 2-0 win over Zoo FC, Baraza opted to use international utility player Dennis Odhiambo instead of Achesa at left full back and Willis Ouma instead of Maelo at right full back
with a midfield Mohammed Kalume and Asieche.
“It’s going to be a tough match, since Ulinzi are wounded after losing their last two matches in the hands of Kakamega Homeboyz and AFC Leopards, but we are ready for the challenge, because we can also not afford any more slip ups if we are to catch up with Gor and overtake them,” Baraza said.
The last time the two sides met, the match ended in a 2-2 draw at Afraha stadium.