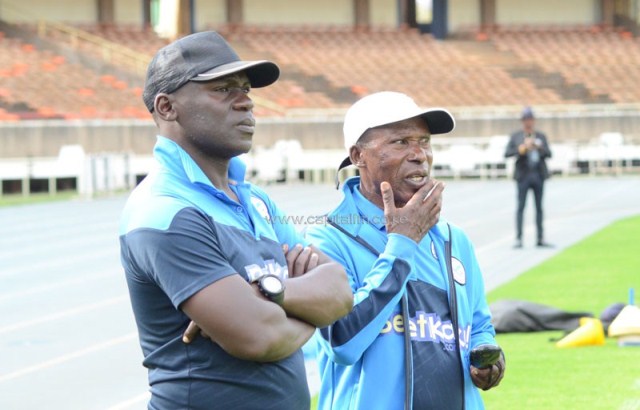 Sofapaka coach John Baraza will be seeking his first accolade as a coach when his side faces Kariobangi Sharks in the finals of the 2019 Shield Competition at Kasarani Stadium on Saturday afternoon.

A lot is at stake in the match. Only 90 minutes stands between coach Baraza and his first major achievement in his coaching career. A win will also see Sofapaka pocket Sh 4 million, which comprises of Sh2 million prize money and Sh 1 million apiece from club president Elly Kalekwa and team jersey sponsors Betika. A ticket to represent the country at next year’s CAF Confederation Cup is also at stake.

Baraza who was the team’s main striker three seasons ago, before venturing into coaching, became the team’s head coach in May after Ugandan Sam Ssimbwa resigned following a spate of poor results, and managed to steer the team to fifth position in the league and the finals of the Shield.

“I’m not nervous at all, but I really want to win this competition. It’s not all about me, but the team and our targets,” Baraza said.

He added: ” We have prepared well and ready to make our fans proud.”

Sofapaka will be seeking to revenge against Sharks who knocked them out of the same competition at the quarter final level last season, beating then 3-1.

Sofapaka have been boosted by the return of top striker Umaru Kasumba who suffered an ankle injury during their league match against Nakumatt last month.

On their way to the finals, Sofapaka beat Re-Union 2-0, before stopping Baba Dogo 3-0. They then walloped Western Stima 4-1 then knocked out Tusker 2-1 at quarter finals then pipped immediate champions AFC Leopards 1-0 in semis.