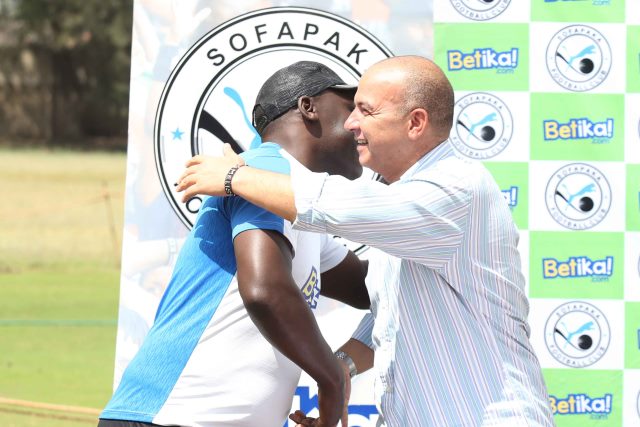 Sofapaka Coach John Baraza has said he is still learning and ready to improve his coaching skills under newly appointed head coach Melis Medo.
Medo was unveiled as ‘Batoto Ba Mungu’ head coach on Saturday, with the aim of returning the team back to it’s glorious days after they once again missed a silverware last season.
Baraza who was the team’s striker before hanging his boots three seasons ago and ventured into coaching, had been the team’s head coach in an acting capacity from May after the departure of Ugandan tactician Sam Ssimbwa and he managed to take the team to the Shield
final where they fumbled in the dying minutes of final to lose to Kariobangi Sharks. The team also finished fifth in the Kenyan Premier League (KPL).
“It is great to have a chance to work with a top coach like Melis. I have been learning and I believe I will learn a lot from the head coach. It is going to be exciting working with him,” Baraza said.