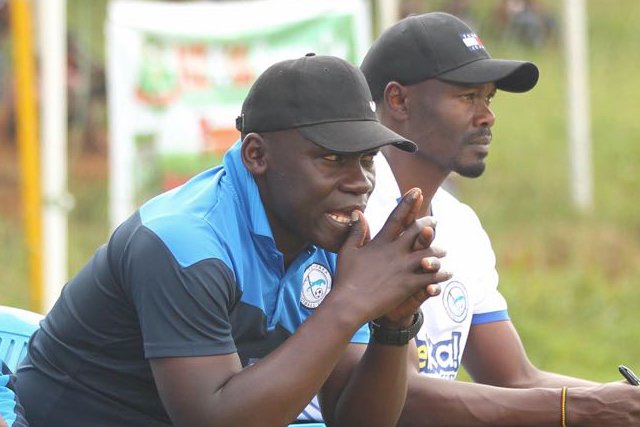 Sofapaka coach John Baraza has lauded his players for delivering a laboured win against Shield defending champions AFC Leopards on Sunday and in the process qualify for the finals of the competition slated for October 20th, where they will face Kariobangi Sharks.
Substitute Elly Asieche scored the priceless goal in the 83rd minute after coming from the bench in a match that threatened to go either way.
“I am happy with the victory. It was not an easy one, but we played well and used our chance well and that is what made the difference,” said Baraza.
He added: “Leopards was a very strong side, they had there chances, we also had ours and we utilised one of the our chance to win the contest.”
Baraza who started the match with four offensive players, Kepha Aswani, Umaru Kasumba, Stephen Waruru and Kevin Kimani, pinned Leopards in their own half in the starting 20 minutes of the match,
but failed to turn their dominance into goals.
“There is no time to celebrate the win over Leopards, because the main trophy is still ahead of us. We have to regroup and focus on the final now,” Baraza said.
He added: “Kariobangi Sharks will be an equally difficult opponent especially having beaten a team like Ulinzi 4-1 in the semi-finals, so we have to prepare well for them to make sure that we win the Shield as a consolation prize after we missed on the league title.”