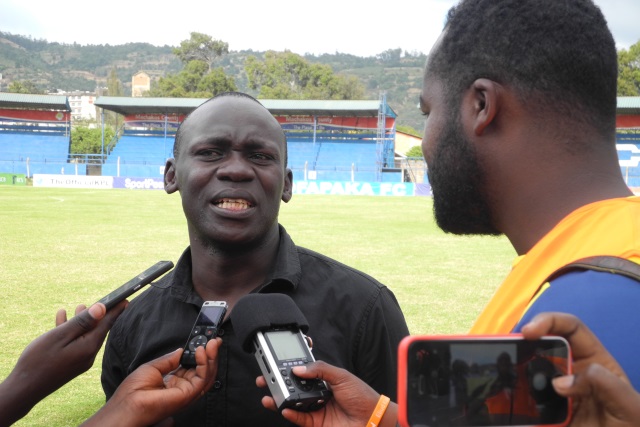 Coach John Baraza has lauded the team’s focus despite being faced with a tough fixture list. The team travelled to Kakamega for Wednesday’s game against AFC Leopards just two days after returning to the capital from Awasi where they won 3-0 against Chemelil.

After the AFC game on Wednesday, the team will remain in Western Kenya ahead of Saturday’s Football Kenya Federation Shield tie against Bungoma Super Stars before embarking on another journey to the capital.

“We face the game as soldiers and take it as it comes. It has been a lot of travelling in between but I am happy with the focus and determination shown by the players,” Baraza said.

Ahead of the AFC game, coach Baraza says he expects a tough duel against a side that has seen a resurgence in form after back to back wins.

“AFC are winning and that only means there is something they are doing well. It will be a tough game for us and also for them. We have prepared well despite the short time and we want to go out there and win,” the coach said.

He added; “If we win we will go top of the table and that is motivation enough. The boys are psyched knowing what’s ahead of them and that is what is driving us.”

On the team news, Dennis Odhiambo will not feature in the match as he has just resumed training and the coach saw it not to risk him despite gaining full recovery. Mohammed Kilume is still out with a hamstring tear while Mike Oduor has returned to training but will miss the match on compassionate leave after losing a relative.