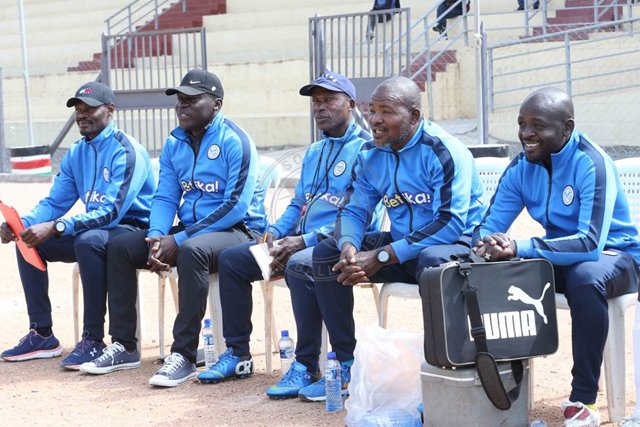 Sofapaka coach John Baraza says his team had to give their all to see off Ulinzi Stars in the Kenyan Premier League clash staged in Narok on Sunday 5th August, but heaped praise on soldiers side for their fighting spirit.

It was a  very tight game for both sides, no wonder the lone goal minutes before stoppage time, due to a defence error on Ulinzi side. Umaru Kasumba capitalized on it giving Batoto ba Mungu the much needed win.  Baraza admitted it was not easy but will enjoy doing a double over a team of Ulinzi’s stature any day.

He said before the goal, he had already assumed it would end in a draw and added that Ulinzi deserved something from the game, going by their output.

“They are a big and tough team in the country and I think they showed it with the way they fought in the game and pushed it to the end. The game of football is crazy at times and I think they deserved something from this match.

“We thought it would end in a draw but of course getting a late win over a team like Ulinzi is always very welcome,” he said.