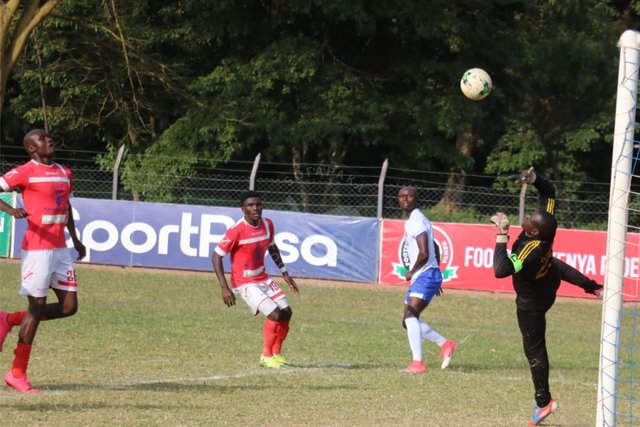 Brian Magonya scored a superb goal against Western Stima to help Sofapaka run out 4-1 winners in a last 16 tie of the Shield Cup played on Sunday 22nd July at Narok Stadium. The 2013 Shield champions are now through to the quarter finals of the tournament alongside Kariobangi Sharks, Tusker, Ulinzi, Kenya Police and Riverplate.

The goal, a rocket shot from 30 yards out left Sofapaka tactician John Baraza in praise of the youthful midfielder as it helped guide the team closer to the cup.

“It was a stunning strike from Magonya, one that highlights the quality that he possesses. It is not a shock to me nor his teammates because we have seen him do that countless times.”

Magonya’s goal was the third for Sofapaka in the game and added to first half strikes from Elly Asieche and an own goal from Mukisa Junior with Stephen Waruru putting the icing on the cake with a fourth late in the second half.

Kevin Okoth scored a consolation for the Kisumu based side.

The resounding win lifted Baraza’s belief that his charges can go all the way in the tournament.

“My players are confident and are full of belief that they can win whatever game that they are in,” he told sofapaka portal.