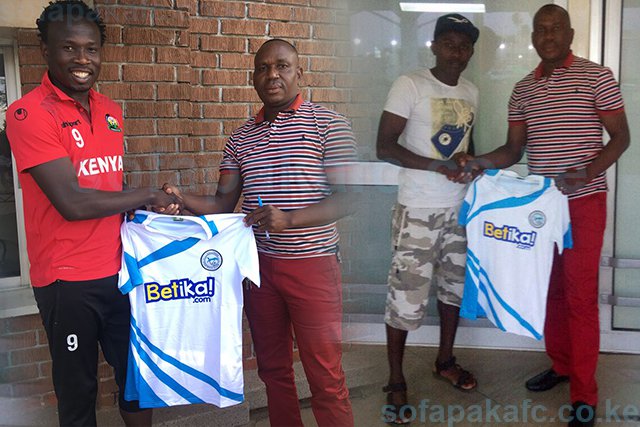 Aswani becomes the second high profile player in the KPL to join Sofapaka after the club acquired the services of former Ulinzi Stars striker Stephen Waruru two weeks ago.

The signing of Aswani, who plundered 13 goals for Nakumatt in the 2017 KPL, has already elicited joy amongst the Sofapaka faithful who are eager to see the team reclaim the league title they last won in 2009.

(Aswani is a very lethal striker. Sofapaka’s opponents in 2018 are in for real trouble if he will partner Kasumba (Umaru) who is equally dangerous) remarked Swaleh Omar, a diehard Sofapaka fan who resides in Komarock Estate in Nairobi’s Eastlands

In the meantime, Nakumatt Secretary General Albert Wesonga has described Aswani’s departure as a big loss to the team that made its maiden appearance in the KPL in 2018.

“He (Aswani) was a vital cog in Nakumatt’s attacking line and we will dearly miss him. We wish him well at his new club,” said Wesonga who is on Christmas and New Year vacation at hi rural home.

Aswani has had an illustrious football and has previously turned out for Al Nasr Salalah of Oman, Thika United and AFC Leopards.