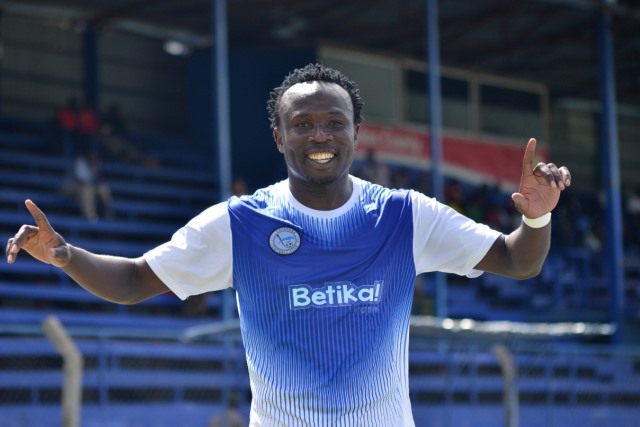 Striker Kepha Aswani says he can’t wait to bang more goals in the final five games of the season after breaking a five-month goal drought in Wednesday’s 2-0 win over Western Stima at the Kenyatta Stadium in Machakos.

Aswani scored the opening goal in the win, scoring for the first time since the 2-1 defeat to Bandari on December 16.

“It is such a relief because it has been such a long time. I have had a long season coming in and out of injury and I have not played for such a long time. Over the last three games I have come back to action and I was really yearning to get that one goal,” Aswani noted.

“A striker’s joy is always to score and I had missed that joy for such a long time. Now that I have that scoring touch I want to see to it that I score as many as I can in the next remaining games,” added the forward.