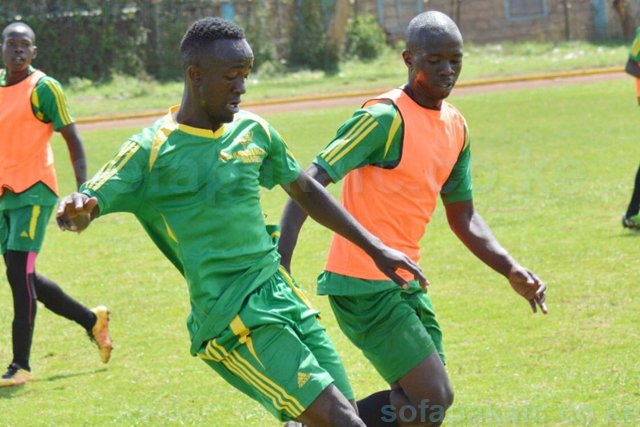 It seems Sofapaka are determined to clinch the 2018 SportPesa Premier League (SPL) by hook and crook going by the club’s marquee signings ahead of the new season.

Barely three weeks after Sofapaka roped in talismanic Ulinzi Stars FC striker Stephen Waruru, Batoto Ba Mungu fans will be happy to learn that the club is widening its scope in player signings.

Grapevine has it that Sofapaka is closing in on industrious Kariobangi Sharks defensive midfielder Elly Esieche as well as Nakumatt’s goal-poacher Kefa Aswani who is currently on duty with the national team Harambee Stars in the Cecafa Senior Challenge Cup Championships.

Sofapaka official cemented the allegations that the Esieche and Aswani, who have been in the team’s radar for the last six months, could be destined to Batoto Ba Mungu ranks.

“What you have heard is also what I’ve heard and I believe that talks between the two players and the Sofapaka management will commence sooner rather than later.  I believe they have the potential to take Sofapaka to great heights,” said the source.

During the Cecafa Championships that was scheduled to be concluded on December 17, Aswani proved a gem for Harambee Stars in all the matches he played despite failure to score a goal.

On his part, Esieche has established himself as a pillar in Kariobangi’s Sharks’ rear amidst other reports that Mbeya City FC of Tanzania and Singida United of Zanzibar have been monitoring his performance with a view to signing him next year.

Should Aswani put pen to paper at Sofapaka, he is bound to form one of the most potent striking forces in the SPL and it would be interesting to observe how he will partner with either Umaru Kasumba, Ali Feni or Ezekiel Okare in the 2018 KPL season