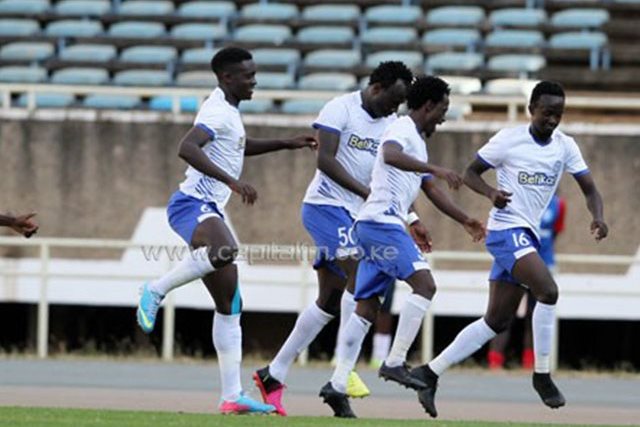 Elli Asieche came on, in the second half to give sofapaka the much needed win. He knows that a good ninety minutes spell can make all the difference between him bouncing back to the continental scene after four years and having to wait another year. He scored the winning and only goal against holders AFC Leopards in the Shield semi-finals on Sunday 23 September, the attacking midfielder reveals that they had to keep focus in order to dispatch the cup favorites.

‘’We knew without focus it wasn’t going to be easy. Our game plan revolved around that, so we did exactly as the coach had planned,’’ Asieche told Soka.

The victory means he now faces his former side Kariobangi Sharks in the 2018 final, one which if he wins, he gets to play at the 2019 CAF Confederations Cup. He has been there before with Sofapaka, three years ago.

‘’I hope we win the final. It will be nice to finally play at the continentals again and by our own effort. For now, that’s what is on our mind” he added.

Batoto Ba Mungu bowed out of the CAF competition to FC Platinum by a 4-2 aggregate loss in 2015, Asieche, Willis Ouma, and current Coach John Baraza were part of the playing unit at the time and could be the only ones to return to the scene should they make the most of the final against Sharks.

Asieche who has been recovering from a knock he picked in the league game against Gor Mahia, adds that the kind of firepower they have as a team injects a lot of confidence whenever they play.

Sofapaka currently have up to four potent forwards from the set of Stephen Waruru, Piston Mutamba, Aswani Kepha and Umaru Kasumba starting a match.

‘’It is true, when you have people who can score at any given time in the match, that gives you confidence as a team. We have gifted strikers and I hope they lift us in the final,’’ he adds.

Sofapaka’s last cup meeting with Sharks was the 2017 quarter final match where they fell 3-1 to the side coached by William Muluya. Elli Asieche played for Sharks at the time.

The final will be played in October 20.