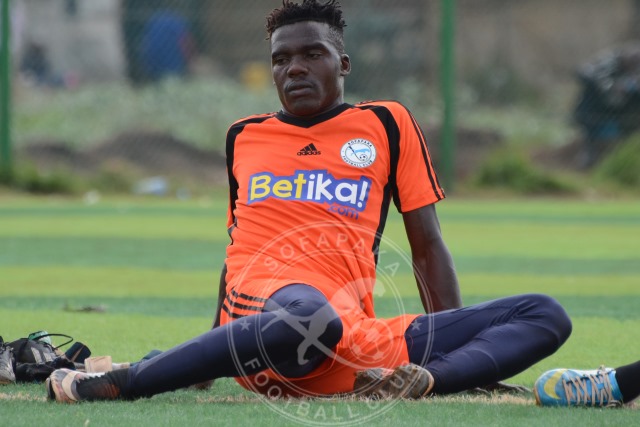 Goalkeeper Richard Aimo says he feels at home having moved to the capital from Chemelil Sugar and he believes the transfer was the wisest decision for him as he looks to grow his career.

Aimo has been standing between the sticks in the opening two games and he says he feels massive improvement and can’t wait to do more for the team.

“I really thank God for the opportunity to come to Sofapaka. That was a great decision and a step up in my career. I am happy to be here and it has not been hard to integrate because the players have been welcoming and made me feel right at home from day one,” the goalkeeper said.

His biggest convincing factor in aiding his decision to leave Chemelil was the fact that he has the possibility of winning titles and has vowed to do his best as a player to improve and help the team achieve their targets.

“Definitely that is one of my objectives in the team because as a player, you always want to win something. If we can work together as a team I have no doubt that we will achieve great things,” he added.

On his first two games and Saturday’s showdown against AFC Leopards;

“The first game was great because we won. The second game was good as well, we played well as a team and unlucky to have lost. But we put that behind us and focus on AFC which will be a very tough game. They are a good team and we don’t expect it easy, but we should go in to win,” stated the shot stopper.